We believe that Baptist principles are scriptural and we seek to follow them carefully. We are AN INDEPENDENT, Bible-believing church.  By that we mean we believe the word of God is preserved without error in the King James Bible.  We trust every word.

We believe the Bible to be given by inspiration, the only infallible, authoritative word of God and that God has preserved it for the English-speaking world in the Authorized Version.  We believe the King James Bible to be a perfect translation.

We believe that there is one God, the source, support, and end of all things, eternally existent in three persons: Father, Son and Holy Spirit.

We believe in the deity of our Lord Jesus Christ; in His virgin birth; in His sinless life; in His miracles; in His vicarious death and atonement through the shedding of His blood; in His bodily resurrection; in His ascension to the Father’s right hand.

We believe in a pre-tribulational rapture for His saints and His pre-millennial return with His saints at the Revelation.

We believe that man is lost without God, a guilty sinner by nature and; therefore, in need of the convicting and regenerating work of the Holy Spirit.

We believe that Satan is a person; we accept the reality of his power and kingdom; his wiles; and that he was judged at the cross and will endure eternal destruction in the Lake of Fire.

We believe in the present ministry of the Holy Spirit; that He convicts the sinner; regenerates the one who believes; indwells, seals, instructs, reproves and guides the believer; that He fills and controls every life that is wholly yielded and obedient to Him.  We are not charismatic.

We believe that salvation is the gift of God offered to man by His grace and received by personal faith in the Lord Jesus Christ.

We believe that the local church is comprised of baptized believers who have joined together to keep the ordinances and make disciples while remaining separate from the world.

We believe in the bodily resurrection of the saved unto life and the unsaved unto judgment and everlasting damnation.

We believe in the spiritual unity of believers in the Lord Jesus Christ, not in the organized unity sought by the “ecumenical” movement.

We believe in the special creation of the existing space-time universe and all its basic systems and kinds of organisms in the six literal days of the creation week and in the full historicity and perspicuity of the Biblical record of primeval history. This includes the literal existence of Adam and Eve as the progenitors of all people, the literal fall and resultant divine curse on creation, the worldwide cataclysmic flood, and the origin of nations and languages at the tower of Babel.

We believe that the Holy Bible was penned by men supernaturally moved by the Spirit of God; that it has truth without any admixture of error; and therefore is, and shall remain to the end of the age, the only complete and final revelation of the will of God to man, the true center of Christian union and the supreme standard by which all human conduct, creeds, and opinions should be tried.

We believe that the Holy Bible is the verbally, plenary, inspired product of God the Holy Spirit. Further, we hold that God has given and preserved for us in the Authorized Version, that which was originally written and we hold the KJB to be without error. This statement of faith can in no way abrogate or amplify our true authority, which is the King James Bible, itself. The KJB to which we refer contains 66 books that were supernaturally written and we do not refer to any other version or book. It is therefore necessary that no other book be preached or taught. The King James Bible, which we hold in our hands, is God’s perfect word (The Holy Scripture) and is our final and absolute authority in all matters of faith and practice.  The doctrine of inspiration and preservation cannot be separated.  They are just as divinely linked as grace and faith.

We believe that the Scriptures, interpreted in their natural, literal sense, reveal divinely determined dispensations or rules of life which define man´s responsibilities in successive ages. These dispensations are divinely ordered stewardships by which God directs man according to His purpose. Among these dispensations, three of them – the law, the church, and the kingdom – are the subjects of detailed revelation in Scripture.

"There is a power in God's gospel beyond all description."

Liberty Baptist Church is unapologetically Baptist.  We believe that Baptist principles are scriptural and we seek to follow them carefully. We are AN INDEPENDENT, Bible-believing church.  By that we mean we believe the word of God is preserved without error in the King James Bible.  We trust every word.

The mission of Liberty Baptist Church is to proclaim the Gospel of our Lord Jesus Christ to the world, grow in grace, and disciple others to the glory of God. 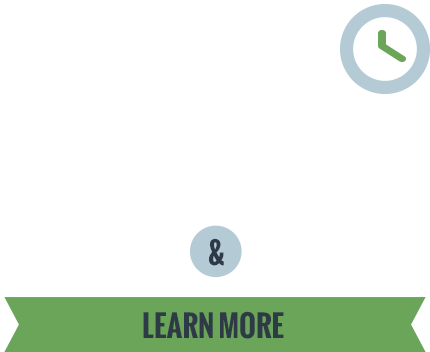